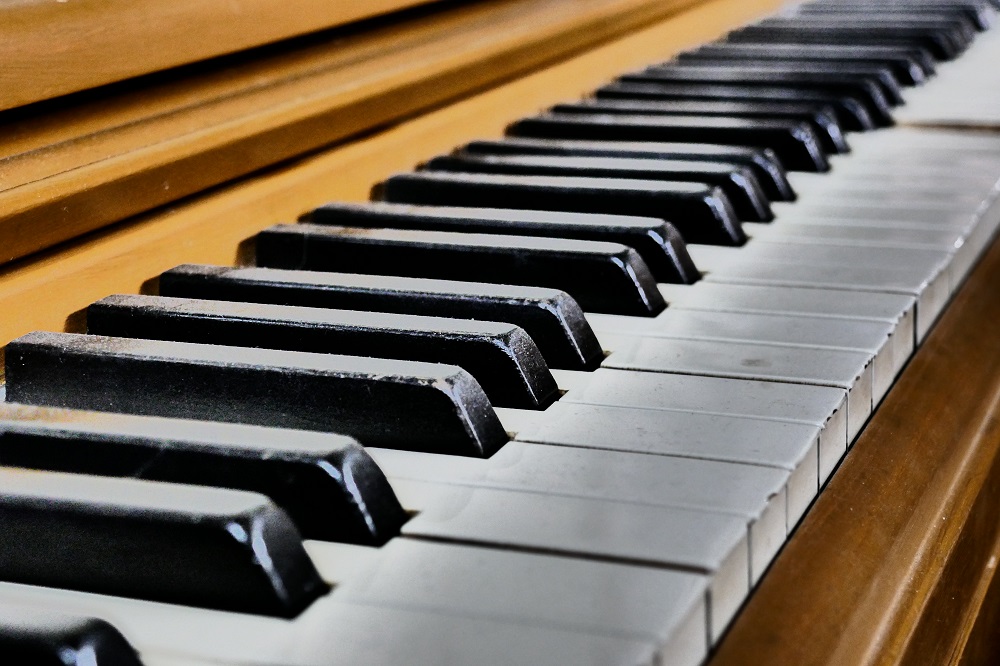 Discover the famous blind piano players and blind singers? When it comes to music, it has no boundaries or discrimination. We all love listening to and singing to music. Some of us learned to play instruments from a tender age.

When we look around, we will find a number of talented musicians. On this page, we will look at the famous blind piano players and blind singers. These blind Musicians have been able to surprise the world despite them being blind. Each of these blind piano players is talented in a particular genre of music, such as country music, Jazz, blues, Christian, classical, etc

When you ask about well-known blind musicians, Ray Charles will be among the top list. Ray Charles is not only one of the best blind black piano players but he is also a songwriter as well as a singer.

He is an inspiration to many musicians. His talent as a black piano player started at an early age while at school, he was taught classical piano by his music teacher using the braille method of reading. As he continued learning he found the music he loved most. He went on to win world acclaim for his southern blues music style.

Ray has won international acclaim for his southern blues. Apart from music, he was also a successful businessman; He also started a foundation for deaf children which offered scholarships to students who are deaf.

This blind African American piano player had a personality that was seen in his performance and made him famous. He created his own label which made him maintain his own creativity. His music helped to inspire other blind black musicians.

Ray Charles passed away in 2004. He was a very talented blind black pianist.

Art Tatum is well thought-out by many to be one of the greatest pianists of all time, especially in the Jazz area. This blind jazz piano player has had an impact on the world of jazz and music as a whole. He was a passionate blind jazz singer

Art Tatum is well-known for being one of the most successful blind musicians in the world, although not much is known about this musician as he avoided being in the spotlight even during the years of his popularity.

This blind jazz pianist made an impact in the music industry especially Jazz Music. He was truly one of the best famous blind musicians in the world.

From a young age, he was known as a star. He was one of the youngest piano players to have achieved a level of expertise. When he was at the age of eleven, he was signed for recordings.

Stevie Wonder is well-known for crafting some of the best evergreen songs.

When you listen to his music, truly you will find a phenomenal pianist gifted with the instrument.

Nobuyuk Tsujii is a popular blind piano player who has a natural talent for the instrument. He is an extraordinary blind singer and piano player.

Nobuyuk Tsujii is a blind Japan piano player who started learning music at a very tender age, at the age of 4, he was able to play, Jingle Bells, just by hearing his mother hum. By the age of 7, he had won first prize at the All Japan Music Competition for Blind Students and Century Orchestra Osaka at age ten.

Nobuyuk Tsujii, Today performs in all countries across the world. He has also started producing his own original classical music, just in his early twenties.

Jose Feliciano is well known for the Christmas novelty song “Feliz Navidad”, He has produced music in a number of genres in his musical career.

Louis Hardin is an exclusive yet extraordinary piano player, he was popularly known as Moondog. He was not only a blind American piano player and musician but a composer as well as a poet.

This blind musician chose to live on the streets, his life was unique, and his music was very influential.

This blind black piano player was not born blind. He lost his eyesight when he was sixteen. He attended schools for the blind all across Central America and learned the basics of music.

Ronnie Milsap is a rare musician from the United States. He was abandoned by his parents when still an infant. He was raised by his grandparents. Ronnie attended Governor Moorehead School for the blind in Raleigh NC. It’s here he found his love for music.

While at school be became a classical pianist and later pursued country music as his favorite genre. Born blind, he spends most of his childhood listening to country and gospel music. When he was seven years, his teachers noticed the unique musical talent in him, in which they labeled him a natural-born musician.

George Shearing is a well-known international popular blind pianist for his achievements as a jazz musician. Despite the disability, he has managed to achieve a lot in terms of music.

He was the ninth child in their family and was born blind.  George Shearing started to learn piano at the age of three years. He later studied piano at the Linden Lodge School for the Blind for about four years.

George Shearing started performing as a musician at a local pub and later he joined a band of the blind.

His passion and love for playing this instrument have made him achieve so much and made him earn a place among the most popular blind piano players.

He has performed all over the world and composed over 300 original songs of his own.

Roberts was a popular jazz musician. His blindness was a result of glaucoma and cataracts when he was at the age of 5.

He started playing piano at an early age. All credit goes to his blind mother who taught him how to feel the music with the whole body.

At a very early age, Roberts recorded solos, played piano at concerts, and took part in a number of competitions and programs.

He is a famous Spanish musician. He is an extraordinary classical music blind piano player and singer. He completely lost his eyesight suffering from Diptheria at the age of three.

This blind piano player realized his passion for music at school for the blind in Italy when he was eight years. He says his loss of eyesight drew him towards the love of music and that’s what made him be where he is.

Steve George is a blogger, content writer and web Designer. He loves trying out new things and doing reviews of products. Read More about Mzuri Products.

Mzuriproducts is a participant in the Amazon Services LLC Associates Program, an affiliate advertising program designed to provide a means for sites to earn advertising fees by advertising and linking to amazon.com. Amazon, the Amazon logo, AmazonSupply, and the AmazonSupply logo are trademarks of Amazon.com, Inc. or its affiliates. As an Amazon Associate we earn affiliate commissions from qualifying purchases in 2023.

All information on this website is intended for educational and entertainment purposes only. The information is not a replacement or substitute for professional medical advice and/or treatment. Consult your doctor for information and advice on your specific questions.